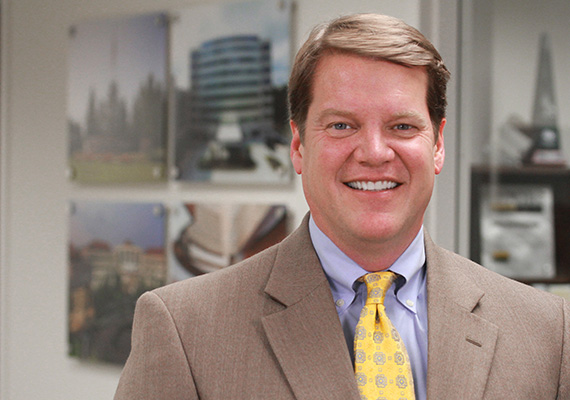 Chris oversees the leasing and sales of Daniel’s Birmingham office and land portfolios.

With twenty years of corporate and commercial real estate experience behind him, Chris began his career with a nine-year stretch in commercial banking where he worked as Vice President of Commercial Lending for two large southeast regional banks.  In 1997, Chris departed from banking altogether and took on roles that included site selection and retail lease negotiations across a nine state territory for a big box national book seller; Vice President of Commercial Property for Birmingham’s second oldest real estate company, where he led a team in the asset and property management for more than 4 million square feet of commercial property across a 4 state territory; and, Principal of his own brokerage firm focusing on tenant representation and retail brokerage.

Chris is a Veteran of both the U.S. Army and U.S. Air Force, having served his country during the Gulf War and is honorably discharged from both service branches.   Chris earned his Bachelor’s degree in Real Estate Finance from the University of Alabama and his law degree from the Birmingham School of Law.   Chris has extensive experience in finance, commercial brokerage, tenant representation, lease & contract negotiations, property management, and transaction management. He is a member of the Alabama Bar Association, the American Bar Association, NAIOP, the International Council of Shopping Centers, the Birmingham CCIM chapter, and is an active participant in a number of local civic and charitable organizations.